High Dynamic Range Imaging ( HDRI or just HDR ) is a technique which was developed to produce high dynamic range images from the photographs taken at different exposures of light. In comparison with normal digital imaging techniques HDR imaging techniques can produce a wider range of luminescence between dark and light. The main intention of HDR is to differentiate the wide range of intensity levels found in real scenes ranging from direct sunlight to deepest shadows.

With the help of Tone Mappnig techniques we can easily produce HDR images. In tone mapping , by combining images taken at different exposures to produce a sinlge HDR image. We can also produce HDR images in photoshop by merging Images. If applied properly then once can produce beautiful pictures with high dynamic range.

Let us see some of the HDR image creation tutorials available :

A little background: HDR is a type of image manipulation. The goal is to blend multiple exposures of the same scene into a single image in order to get a result that has more dynamic range than your camera is capable of recording. 2. Learn how to create awesome HDRs

In this post, you’ll learn the steps you need to take to create cool HDR images. Find out how to select a great scene, and how to properly take the images. Next, we’ll go over what Programs and techniques you can use to assemble the HDR. Only got one RAW file, but you still want an HDR? No problem, we’ll go over that too. Photoshop’s Merge to HDR (High Dynamic Range) automated feature has been improved for CS3, but it is still not able to merge exposures where subjects have moved between the separate exposures. 5. The Definitive Guide to Realistic HDR

This tutorial will attempt to demonstrate how to make a realistic HDR, one that is virtually indistinguishable from a single exposure. The biggest goal is producing a tutorial that can stand as a standard by which anyone can learn to create a balanced HDR. Ultimately, the processing choices are yours. These are the building blocks. 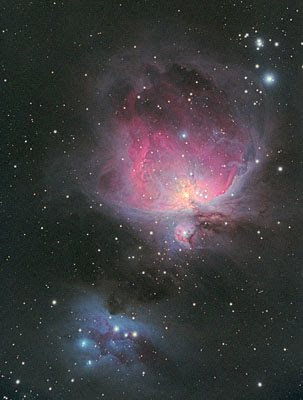 In this tutorial we will take a look at HDR photography. HDRI (High Dynamic Range Imaging) was originally used in 3D and is now in full force in photography. Basically it’s the process of taking multiple exposures and merging them together into a single 32 bit image. Let me explain: A camera is capable of capturing a limited amount of tones in a single photo. 10. Merging Photos to an HDR Image in Photoshop

This is an article about Photoshop HDR imaging. The following HDR workflow is explained in detail: With the rising popularity of digital cameras and easy-to-use desktop software, HDR images are becoming more popular. So I have collected 100+ smashing HDR images which will take your breath away.